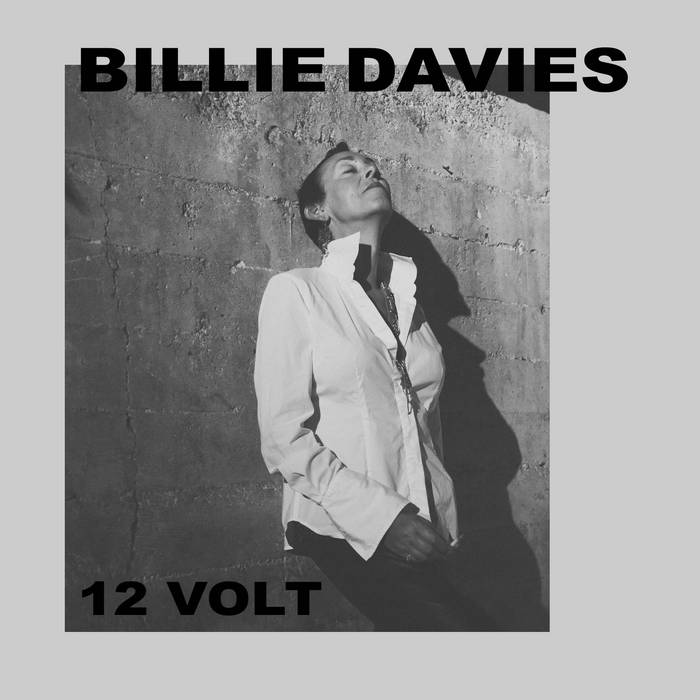 " 12 VOLT "
Original music by Billie Davies
An ode to Manitas De Plata, Django Reinhardt and all Gypsies, Tsiganes, Manouche and Bohemians all over the world. An Ode to Nature and The Universal Energy of Music.

The whole idea for "12 VOLT" started as we were feeling ready to move away from Hollywood and wanted a return to nature and a little more simplicity. The home/studio in Napa, California seemed the perfect suited place for the "12 VOLT" conception, as it is wine country, as well as being very much similar to some of the Wine regions in France, especially the Bordeaux regions around the city of Bordeaux, bordering and into Basque country on the atlantic ocean side, where I also ended up living with the Gypsies and so very close to nature...
From coast to coast in the south of Europe, from Perpignan to Barcelona, from Montpellier to Toulouse and to Biarritz and La Rochelle and then into the Bordeaux region, that is where I lived the most fulfilling natural bohemian life and performed and toured with all kinds of musicians, one in particular, Claude Mazet, an amazing blues and jazz guitar player made it so that everything electric in the RV ran on 12 volt, it is also that country where I ended up living for months with a gypsy clan and ended up having to play for their King's ears only over 2 bottles of wine and Django and noone else allowed in his van, which stirred up a lot of envy and anger with some of the clan members. It is that bohemian life, that close to nature life, so close that all the music, and everything else you do or think becomes, is a reflection of it, that I lived all over the south of Europe and that all the songs on the album "12 VOLT" are inspired by, remembering my gypsy life I still love so so much...


01 - Collioure (Billie Davies)
The light, that beautiful hazy light that makes everything look like watercolor and attracts every watercolor artist in Europe, just about on the border between France and Spain. The Pyrenee Mountains in the back, the mediterranean sea in front of you. Wonderful, warm sunny afternoons, cheap but good refrigerated red wine, a small village at the time, only a hop away from where Dali lived (...where I actually listened to the sound of silence) and where Absynth was still flowing in remote bars and clubs in the Pyrenee mountains of Spain on our way to Barcelona.
02 - Meeting Manitas (Billie Davies)
The fierceness and pride of the independent gypsy... the melodrama, the passion, the love, that exudes from the guitar and from the dancer's movements and expressions, the rhythm of the hand clap, the wind, the sun, the rain, the thunder and the lightening, the heart beating passion of the human being.
In Montpellier, where I lived for about a year... the hand clapping of the young gypsies still sounds in my ears, I thought one of them said he was the son of Manitas Del Plata, little did I know they were to become The Gypsy Kings, surrounding my drums, inspired by Gypsy Flamengo music, in the streets, an american Violinist, Robin, joining in and... Don Cherry, or was it Lester Bowie?, and his band stopping to listen to us do a Jazz Flamengo improvisation.
03 - 12 Volt (Billie Davies)
With our guitar player, who made his own guitars and knew quite a bit about electricity, our entire home on wheels and everything in it ended up running on 12 volt, we played when we wanted, what we wanted, where we wanted, surrounded by fire eaters and acrobats at night in Toulouse, from Brubeck's Take Five, to Jobim's Girl from Ipanema, Corcovado and Santana's Samba Pa Ti... with sometimes hour long drum solos, only following the wind, and the climate, and our heart. Only following nature.
04 - Les Landes (Billie Davies)
It's a full Moon with a clear dark blue starry sky, we find ourselves in the middle of the woods in Basque country, alone, with the only sound being the music from crickets and night creatures... and silence... and trees, shooting straight up to the dark blue starry sky, in the light of the full moon... and suddenly the crickets...
05 - Tango for Patti (Billie Davies)
We were all over the South of France and North of Spain, from the Camargue, the Pyrenees, Perpignan, Montpellier, Toulouse to Biaritz, La Rochelle, Bordeaux and St-Emilion country to Barcelona, Allicante, Figueras, Cadaques, and Dali's home. From the Catalans to the Basques and the Gauls and especially the Gypsies. We were all over, played all over, lived all over, danced all over, laughed and cried all over, we ate it and drank it, we slept it and woke up to it... We were free spirited bohemians and went wherever the wind was blowing... we Lived! we Loved! and were so very much aware of it...!
06 - Grapes, Plums and Tomatoes (Billie Davies)
... Rise with the Sunrise, Retire with the Sundown, Nature lived, Life harvested, it was time to get back, down and dirty with nature, and how perfect a situation it was, right there in the middle of Bordeaux country, at the border of a little farming village, living and working with the gypsies, picking grapes, plums and roma tomatoes...
07 - Gypsy (Billie Davies)
To live with the gypsies is a rare privilige that only few non gypsies will experience, work with them, eat with them around the fire, play Django for the King... play nature, life, passion, happiness, sadness, anger and dissapointment... love life, live with life, naturally
08 - La Sieste (Billie Davies)
Silent, hot, peaceful, sleepy afternoons, the smells of eucalyptus and lavender filling the air, sitting in the shade of an olive tree with a pastis or an espresso, too hot to be working, but a good time to take a nap as everything else is closed, a good time to practice sometimes with a whole van full of french police stopping at our site, opening their doors and ask whether it's ok to listen while we practice...


On Drums: Billie Davies
Billie Davies was born a natural drummer on the coast of Belgium, Europe.
Idiosyncratic/Polyrhythmic drummer and band leader Billie Davies is mostly an autodidact whose natural talent, relentless, explorative spirit and multifaceted experiences have led to an innovative approach to jazz. With a background in Classical and Jazz and a lifetime of musical experiences in jams, performances, recordings and music production, the listener is treated to jazz inclinations within her ensembles that bristle with cutting-edge freshness.
Billie has played Jazz, Improvisational Jazz and Avant-Jazz with Leroy Vinegar, John Handy, Joe Fuentes, Saul Kaye, Drew Waters, Pierre Swärd, Manny Silvera, Tom Bone Ralls, Oliver Steinberg, Daniel Coffeng, Adam Levy, Will Mack et al and had guest appearances all over the West Coast. It is these experiences that have shaped Billie into the intuitive and inventive drummer she is today.

On Guitar: Daniel Coffeng
Daniel Coffeng (guitar) hails originally from Amsterdam, The Netherlands and brings a new, unique technical fluidity and energy to post bop avant jazz improvisation. Growing up as part of a huge multi-racial family, he was at a very young age exposed to a lot of different music and culture from all over the world. After taking classical lessons for a year he switched to electric guitar and began to explore the immensely vast world of music from all over the world, from Jazz, Blues, Soul, Reggae, Classical and Rock to Indian Sitar music, ancient Greek, Indonesian, Japanese Koto, Latin American and West African music. His explorations of different instruments eventually led him to the music of John Coltrane. Hearing John Coltrane introduced him to new sounds and musical possibilities. Guitar influences are: Adam Rogers, Kurt Rosenwinkel, Pat Martino, Jonathan Kreisberg and Jim Hall. He is a graduate from the Guitar Institute of Technology and has played and recorded with many... to name a few more recent ones; Steve Tavaglione, Khalil Hebert, Tim Mayo, Billie Davies, Manny Silvera, John von Seggern, et al.

On Upright Bass: Adam Levy
Adam Levy (bass) grew up with an entire family that is musical. His mom was feeding him boogie woogie piano in their home at a very young age. He says that he gets tons of inspiration from his brother, Mike, who Adam declares is a prodigy on bass. Adam started studying electric bass at the age of 15 with Dave Lowery. Adam’s professional career blossomed during college. He pursued a Jazz degree at the University of South Florida where he studied upright bass. At age 21, he moved to New York City to make his way. It was there that he rediscovered his rock roots, backing many acts as well as being a member of the house band at the world famous Bitter End club. It was in Tucson that Adam collaborated with his brother to create a CD called "The Fabulous Levy Brothers" produced on Mike Levy's label, Chef Records. The album can be found on iTunes among other places. Adam came to LA in 2004. Artists of note, that Adam has played with, are too numerous to list completely here but some of them are: Tracy Alexander, Irene Bedard, Ron Cartel, The Diamonds, Wynton Marsalis.....Barbara Morrison, Larry Redhouse, Chukka Riddem, Keith Secola, Preston Smith, Sam Taylor, Ron Thaler, Chuck E. Weiss, Vaud and the Villains, Stoll Vaughan, and others including Waldo Bliss.