Hand In Hand In The Hand Of The Moon 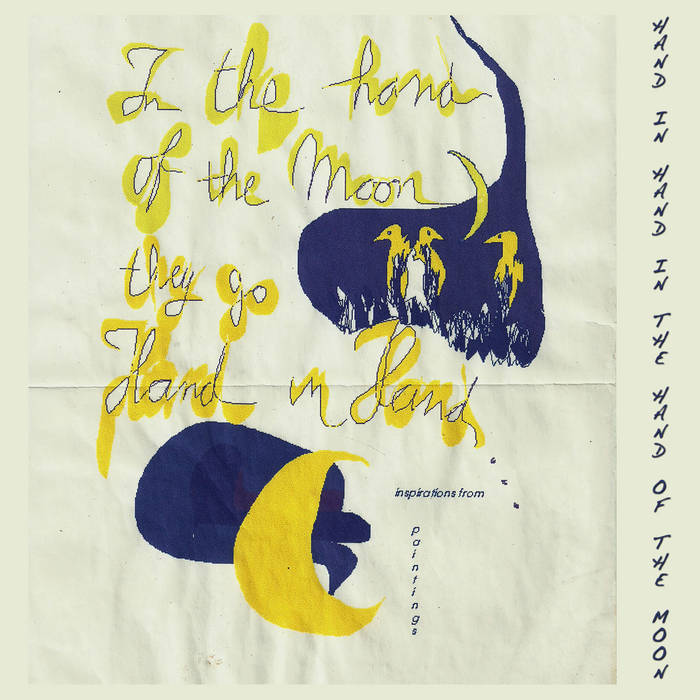 HAND IN HAND IN THE HAND OF THE MOON
BILLIE DAVIES
An homage to Serge Vandercam (Copenhagen, Denmark, 1924 - Wavre, Belgium, March 10, 2005). A symphony inspired by paintings by Serge Vandercam and drums by Billie Davies (Brugge, Belgium, 1955).
The painter influenced by the drummer and the drummer influenced by the painter over a period of three days of the full moon. A collaborative work, conceived in 1995 resulting 20 years later in a series of 8 paintings and a jazz symphony of 8 musical movements.

Serge Vandercam painting on Hand In Hand In The Hand Of The Moon
"You would have loved where I was at,
Serge,
between the Rocks, the Dirt, the Coyotes, the Eagles, the Mountain Lions, the Road Runners, the Rattle Snakes.
You would have loved where I am at,
Serge,
in the heat of New Orleans with the Banana trees, the Gators, the Water Moccasins, the Egrets, the Hawks, the Pelicans and the Swamps, the Bayous and the Music
and the Sun and the Moon and the Birds.
Serge,
this Music has been made with You in mind...
You, Me, then, Painting and Drums,
and now Music inspired by these paintings ...
a Symphony to You and to Thalia.
A symphony to the Magic in fine Art
A symphony to Nature.
A symphony to the Bird with the Wish that
People listen to Mother Nature
People listen to the Bird."
Billie Davies

One has to give that justice to art, That it brings proof that nothing functions. It establishes that there is no use, Not for the universe, Not for religion. It's flagrant uselessness makes one discover that something, Of which no-one gave much thought, Suddenly becomes essential. (Francois Jaqmin. Translated from French by Billie Davies.)

This music was recorded live in one take on an afternoon in April with all musicians in one 600 Square Feet room that was acoustically treated.
A slide show was playing photos that were taken during the painting/drumming session in 1995 and other photos of Serge Vandercam and Billie Davies.
For each movement the corresponding actual painting was hanging on a wall, visible to all musicians, in bright light.